“Humans are fools, and hopelessly naive as well. They outnumber us; they are everywhere, and yet they have no more sense of their strength than a rat. Let us hope that the Datto remain that way.”
―Dukkoti Nightrunner, elven warrior 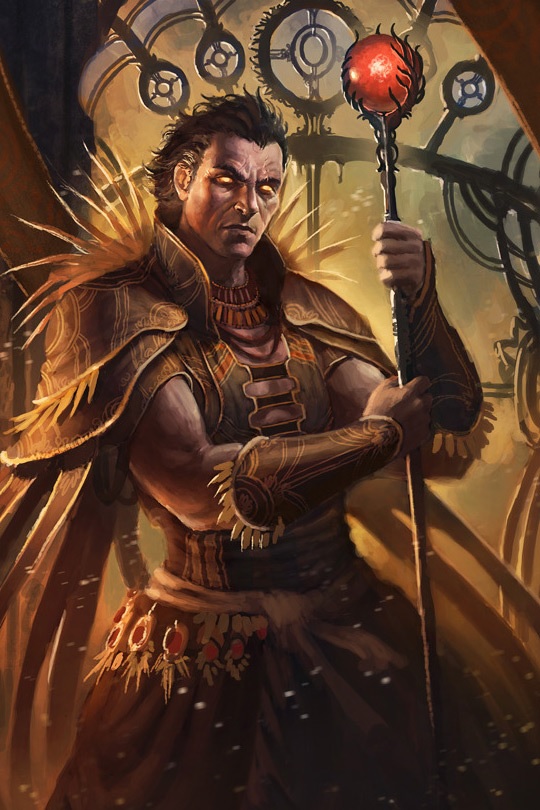 While not the strongest race, nor the quickest, humans have dominated the Tablelands for the last three thousand years.

Personality
More than other races, human personality is shaped by their social standing and background.

Relations
Human treatment of other races is usually based on what their culture has taught them. In large settlements, such as in city‐states, close proximity with many races leads to a suspicious unfriendly tolerance.

Human Lands
Humans can be found anywhere, from the great city‐states to the barren wastes.

Psionics
Humans see the Way as a natural part of daily life, and readily become psions.

Religion
Most humans pay homage to the elements. Draji and Gulgs often worship their monarchs.

Language
Most humans speak the common tongue. Nobles and artisans within a given city‐state usually speak the city language, but slaves typically only speak Common.

Adventurers
Some human adventurers seek treasure; others adventure for religious purposes as clerics or druids; others seek companionship or simply survival.

• Humans are flexible and varied. they gain a +2 bonus to three stats of your choice.
• Humanoid (dwarf): Humans are humanoid creatures.
• Medium: As Medium creatures, humans have no special bonuses or penalties due to size.
• Human base land speed is 30 feet.
• Bonus Feat: Humans select one extra feat at first level.
• Skilled: Humans gain an extra skill rank at first level and gain one additional rank whenever they gain a level.
• Focussed Study: At 1st, 8th, and 16th level, humans gain Skill Focus in a skill of their choice as a bonus feat.
• Aptitude for Power: Humans treat their caster stat as being 2 higher for the purposes of Saving throw DCs and bonus spells. Humans with a wild talent can use each of their talents one extra time per day more than normal.
• Automatic Languages: Common and one City State dialect.
Bonus Languages: Any.
• Favored Class: Any. A multiclass human’s first class does not count when determining whether he takes an experience point for multiclassing.