“The worst thing you can say to a dwarf is ‘It can’t be done.’ If he’s already decided to do it, he may never speak to you again. If he hasn’t decided to take up the task, he may commit himself to it simply out of spite. ‘Impossible’ is not a concept most dwarves understand. Anything can be done, with enough determination.”
―Sha’len, Nibenese trader 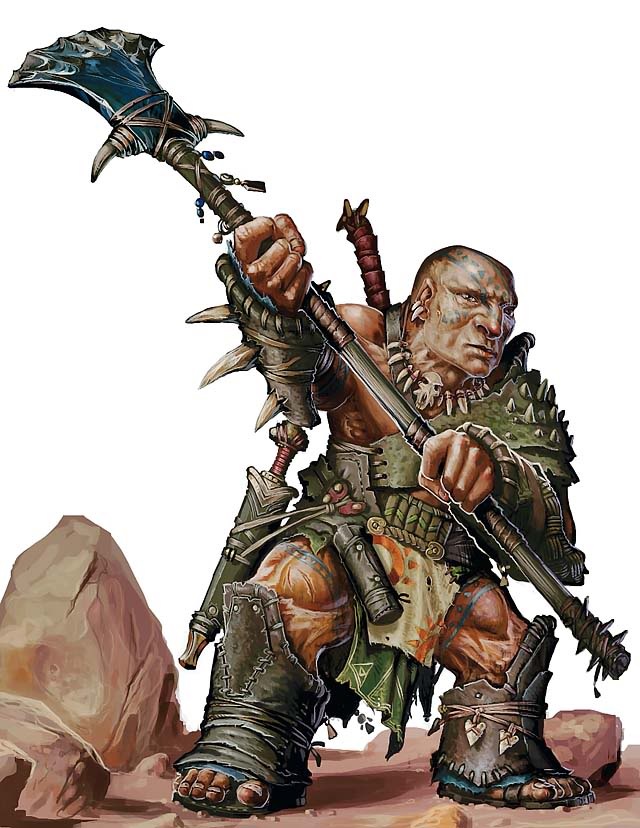 Dwarves form a good part of the people encountered in the Tablelands. These strong and devoted beings live to fulfill their focus, a task they choose to devote their lives to. Stubborn and strong‐minded, dwarves make good companions, even though their usual focused nature can tend to be bothersome.

Personality
Dwarves prefer to occupy themselves with meaningful tasks, and often approach these tasks with an intensity rarely seen in other races. As such, dwarves make excellent laborers, and take great pride in their accomplishments. However, their stubbornness can lead to difficulties. Dwarves will sometimes fail to listen to reason, attempting to accomplish what are impossible tasks. Dwarves live for their focus. Dwarves that die while being unable to complete their focus return from the dead as banshees to haunt their unfinished work. A dwarf also rarely divulges his focus to anyone.

Physical Description
The dwarves of the Tablelands stand 4 1/2 to 5 feet tall, with big muscular limbs and a strong build. They weigh on average 200 lbs. Dwarves are hairless, and find the very idea of hair repulsive. They have deeply tanned skin, and rarely decorate it with tattoos. Dwarves can live up to 250 years.

Relations
A dwarfʹs relation with others is often a function of his focus. People that help the dwarf accomplish his focus or share his goals are treated withrespect and considered good companions. There is little room for compromise, though, with those that disagree with the dwarf’s focus. If they hinder the dwarf, they are considered obstacles that must be removed. Community is important to the dwarves. Dwarves have a very strong racial affinity. They rarely share their history with non–dwarves; it can take years for a stranger to gain enough trust to be admitted into a Dwarven family circle.

Alignment
Dwarves tend towards a lawful alignment, with most members either good or neutral. Their devotion to following the established hierarchy in their village means they tend to follow the rules, sometimes to the point of ridicule.

Dwarven Lands
There are three main Dwarven settlements in the Tablelands: Kled, located near the citystate of Tyr, and the twin villages of North and South Ledopolus located in the southwestern edge of the Tablelands. Some Dwarven communities have developed in the city‐states and in some small villages, while other dwarves have taken up residence with the slave tribes of the wastes.

Magic
Like most peoples, dwarves have an aversion to wizardly magic, and they are the least amenable to changing their minds about anything. Dwarves rarely take to the wizardly arts; the few that do are usually shunned from respectable Dwarven society. Some dwarves will travel with a wizard who proves himself a worthy companion, but few dwarves will truly ever trust a wizard.

Psionics
Like almost everything that they do, dwarves take to psionics with a vengeance. They make formidable egoists and nomads.

Religion
Dwarven communities are ruled by their elders; dwarves are particularly devoted to their community leader, the Urhnomous. Dwarves typically worship elemental earth. Fire is sometimes worshiped for its destructive power and water for its healing nature. Air’s intangibility and chaotic nature attracts few Dwarven worshippers. Dwarven druids are unusual, and tend to devote themselves to a particular area of guarded land.

Language
Dwarves have a long and proud oral history. They have an old written language, but this is mostly used for writing histories. Dwarves will not teach their ancient language to outsiders, they prefer to keep that knowledge to themselves. The Dwarven language is deep and throaty, composed of many guttural sounds and harsh exclamations. Most non‐dwarves get raw throats if they try to speak Dwarven for more than a few hours.

Adventurers
Dwarves adventure for different reasons. Sometimes they may adventure in order to learn about the Tablelands, although these curious adventurers tend to be young and brash. Many adventuring dwarvestravel the Tablelands to complete their focus because sometimes a task may take them away from their communities. Some search for ancient Dwarven villages and the treasures they contain.

Dwarf Society
No dwarf is more content than while working toward the resolution of some cause. This task, called a focus, is approached with single‐minded direction for the dwarf’s entire life, if need be, though most foci require considerable less time. Free dwarves form communities based on clans, and are much focused on family. Ties of blood are honored and respected above all others, except the focus. Family honor is important to every dwarf, because an act that brings praise or shame in one generation is passed down to the family members of the next generation. There is no concept in the minds of dwarves of not following these family ties.

Dwarven communities are found in many types of terrain, from mountains and deserts to near human cities. Most communities are small, rarely exceeding 300 members and are usually formed of extended families linked by a common ancestor. Community leaders are called Urhnomous (over‐leader). Each clan is lead by an uhrnius (leader). Most free dwarves earn their money through trade. Those that stand out in this category are Dwarven metal smiths and mercenaries. Most Athasians acknowledge Dwarven forged metal to be among the best. Some dwarves even act as metal scavengers, seeking steel scraps where ever they can be found to sell to the smiths. Dwarven mercenaries are highly prized because once their loyalty is purchased it is never changed.

Roleplaying Suggestions
Remember the intensity of your focus. Breaking or ignoring a focus has social, philosophical and spiritual repercussions. For someone to stand in the way of your focus is an assault on you. There is no greater satisfaction than fulfilling a difficult focus. Keep a serious, sober attitude nearly always. The only time you show your festive side is when you have recently fulfilled a focus, during the hours or days until you set a new focus. Only during these brief days of fulfillment, and only to other dwarves and your most trusted non–Dwarven friends, do you show your full joy and sense of humor. But these days are also a time of vulnerability, for until you set a new focus you lose all of your special focus–related bonuses.

• Ability Scores: Dwarves are strong and sturdy, but their single‐mindedness hinders them when dealing with others. +2 Strength, +4 Constitution, –2 Charisma:
• Humanoid (dwarf): Dwarves are humanoid creatures with the dwarf subtype.
• Medium: As Medium creatures, dwarves have no special bonuses or penalties due to size.
• Darkvision: Dwarves have darkvision 60 ft.
• Dwarven base land speed is 20 feet. However, dwarves can move this speed even when wearing medium or heavy armor or when carrying a medium or heavy load (unlike other creatures whose speed is reduced in such situations).
• Stability: Dwarves gain a +4 racial bonus to their Combat Maneuver Defense when resisting a bull rush or trip attempt while standing on the ground.
• Hardy: Dwarves gain a +2 racial bonus on saving throws against poison, spells, and spell-like abilities.
• Weapons Familiarity: Dwarves are proficient with battleaxes, heavy picks, and warhammers, and treat any weapon with the word “dwarven” in its name as a martial weapon.
• Dwarven Focus: Dwarves gain a +1 morale bonus on all checks directly related to their focus. This includes a skill bonus, an attack bonus, a damage bonus, or a saving throw bonus, or even a bonus to manifestation or spell save DCs. A dwarf following his focus gains a bonus feat. This can be any feat that he qualifies for and must relate to his focus. When a dwarf selects a new focus he can change the bonus feat.
• Automatic Languages: Common and Dwarven. Bonus Languages: Elven, Giant, Gith, Kreen, Saurian.
• Favored Class: Fighter. A multiclass dwarf’s fighter class does not count when determining whether he takes an experience point for multiclassing.