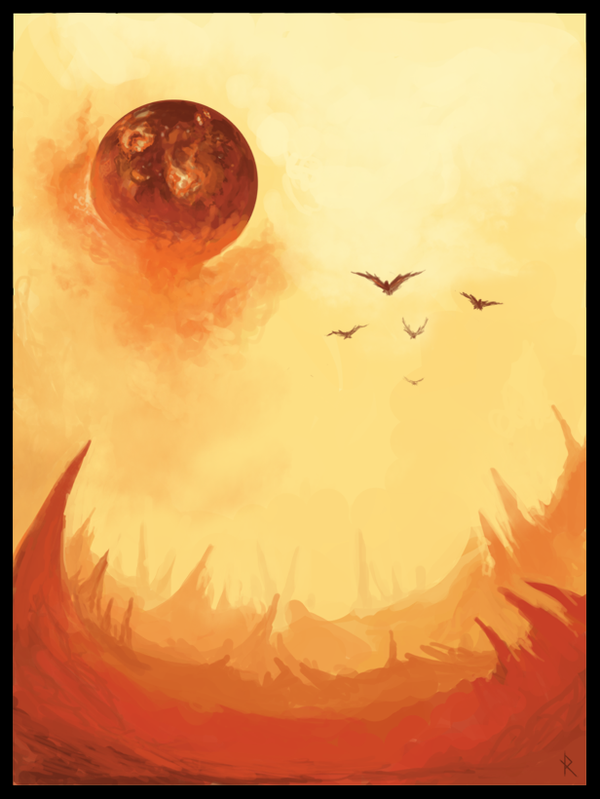 You open your eyes, hesitantly. Residue, either blood or tears, flakes away and your pupils instinctively shrink against the light. The meagre rays from far above illuminate the dirt floor of the cavern in which you are trapped. Your arm is trapped under you but you are unable to move because a green resinous tar covers your torso and limbs. Only your head is free, presumably to leave your airways clear. You gasp for the stale air and your nostrils are assaulted by the rank stench of some beast.

Your memory is patchy. Recollections are of sprays of sand, the screams of the dying, a hulking shape blotting out the sun, and the rank sentch that now surrounds you. For a heartbeat you panic. Where is your equipment? Are you injured? It is impossible to be sure, but you think you are intact. Unless the resin also contains some anaesthetic. You have heard of beasts that mitigate their victims pain to keep them conscious as they feast.

Straining your neck you see other shiny green cocoons with their own prisoners. Some shift feebly, the others remain still. Perhaps they can be reasoned with to aid your escape. You must find your belongings, find your way out these caverns and make your way across the wastes.

But first you must escape this cocoon…

… and before the beast that put you there returns! 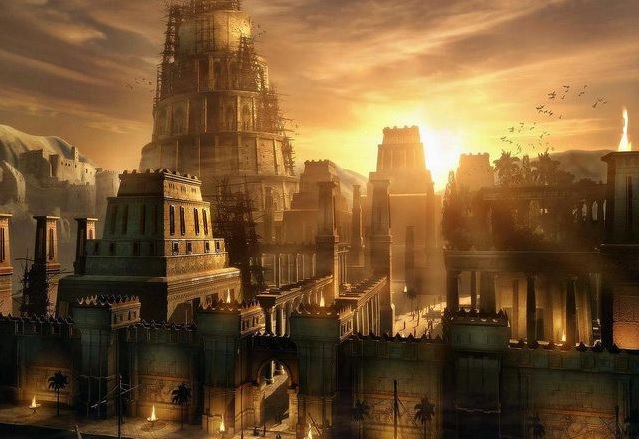 For as long as anyone can remember, King Kalak of Tyr, and his Templars have controlled the City of Tyr with an iron grip. But in the recent times the hold over people’s hearts and minds is slipping. Ever greater resources are channelled towards expanding Kalak’s Golden Tower. Slaves are conscripted into the mason’s crews swarming over the edifice and into the Great Arena as a distraction from the burdens the construction places on the freeman, merchants and nobles of the city. Kalak’s will is absolute, but cracks have begun to show. Discontent is on the increase and those who suffer will rise up and seize their freedom.

Freedom tells the story of the City of Tyr, and of the events that finally pushes its population over the edge into open rebellion against King Khalak. The Adventure Path begins in the desert wastes of the Tablelands. Making their way to the civilisation they see the injustice and cruelty that forms the bedrock of Athasian society. Becoming embroiled in what is initially a relatively peaceful protest against Khalak’s rule, the party become central to a rebellion that will shake the City States of Athas to the core.

Each of the campaign traits presented later in this adventure carries with it not only a personal goal for your character to seek during the first part of the Adventure Path but a reason to travel to Tyr. Some of these traits might suggest ways your character could already know one of the other PCs, but you could just as easily end up meeting your new companions for the first time in the dark wastes as the first adventure, “In The Sun’s Bright Shadow,” begins.